He spent last 15 years in the internet-industry as a entrepreneur, advisor, and board member of several companies. Founder and managing director of one of the biggest polish software houses (grown from 2 to 200 employees). After M&A process he made an exit with selling his shares, and now he is involved in creating an intelligent assistant Edward, as a co-founder and CEO of 2040.io.
Co-founder of Krakow Artificial Intelligence Meetup Group, interested in modern user interfaces, and social aspects of artificial intelligence.
He was also a co-founder and board member of PROFEO – the community for professionals (Polish Linkedin competitor), founder of Techcamp – biggest Polish technological barcamp meetings and co-founder of Ecommerce director’s club. 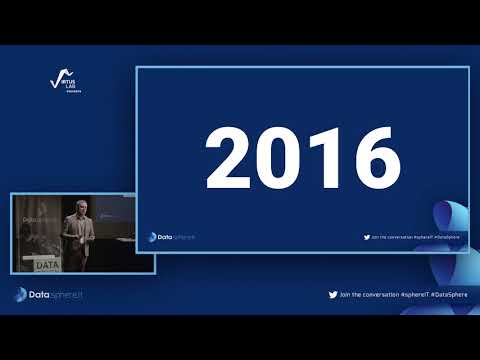 William Benton
Data Science Lead at Red Hat
William Benton leads a team of data scientists and engineers at Red Hat, where he has applied analytic techniques to problems ranging from forecasting cloud…

Vladimir Alekseichenko
Founder & CEO DataWorkshop
Vladimir is Artificial Intelligence enthusiast. Perfectionist at heart, with a pragmatic mindset. He is a trainer at DataWorkshop.eu where he explains how to use machine learning in…