Robin is a Developer Advocate at Confluent, the company founded by the creators of Apache Kafka, as well as an Oracle ACE Director and Developer Champion. His career has always involved data, from the old worlds of COBOL and DB2, through the worlds of Oracle and Hadoop, and into the current world with Kafka.

He blogs at http://cnfl.io/rmoff and http://rmoff.net/ (and previously http://ritt.md/rmoff). Outside of work he enjoys drinking good beer and eating fried breakfasts, although generally not at the same time. 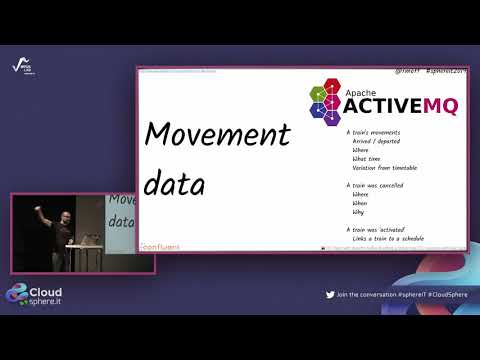 Wojciech Kocjan
Platform Engineer at InfluxData
Wojciech currently works at InfluxData, where he deals with DevOps - CI / CD, process automation for InfluxDB Cloud in various public clouds and many…

Damien Bailly
Cake Solutions
I am a senior software engineer who enjoys developing new products. I started as a consultant working with HP and Orange on telecommunication systems. I…

Jacek Kunicki
Software Engineer at SoftwareMill
I’m a passionate software engineer living in the JVM land – mainly, but not limited to. I also tend to play with electronics and hardware.…
All speakers